Above the Market Noise

The changing landscape of marketing and branding has been central to much of the work we’ve been doing over the past several years. The industry has clearly reached a pivot point, and businesses embracing the change will find themselves ahead of the curve within their respective markets. 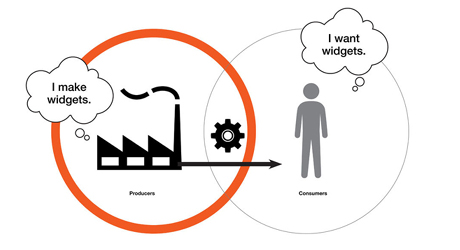 Most marketing paradigms, tools, and process were first defined in the mid-20th century and grew out of the market conditions of that time. Focus groups provided a safe zone between the producer and consumer. The producer took the consumer out of the context of their daily life and focused their attention — and the discussion — around a product. “Which product do you like better? A or B? Why?” Later, surveys allowed this process to scale. Producers of goods and services could now take these questions to 10,000 people instead of 10, with the results easily translatable into quantifiable percentages.

These tools held value for the companies that employed them — and they still do. However, the cutting edge market research tools of the mid-20th century are now cost-of-entry. Every company basically deals with the same market segmentations, and basically asks the same focus group or survey questions. This limits the potential of these tools to generate real competitive advantages in the marketplace. 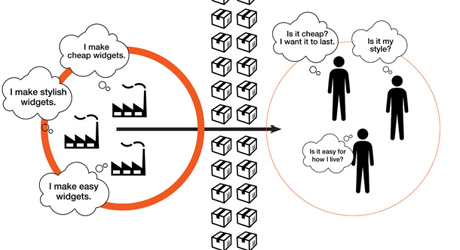 If knowledge of consumer preferences was a scarce resource for 20th-century marketers, 21st-century marketers are dealing with a new scarcity: consumer mindshare. Technology has raised expectations among consumers for both control and choice. No longer is the practice of marketing communications a one-way dialog from producer to consumer. More often than not, it is consumer-to-consumer, with social media right there to document these exchanges. This drastically shapes the perception of a brand. Additionally, we live in an era of unprecedented consumer choice. Many companies benchmark one another’s offers, leading to similar choices for the consumer to slough through.

To find shared value with your consumer, you’ll have to understand their value system. The first step is to look past your offer, past the features of your products. Learn what motivates the people you want to reach — when they are not sequestered into a room and prompted by a moderator to think only about you. Only then will you be able to open a personal, meaningful dialog with them based on their motivations and behaviors. Find an authentic way to position your product as a tool to help people achieve their goals. This is your brand platform.

This level of understanding about your customer isn’t meant to be touchy-feely. It’s become essential for businesses looking to generate competitive advantages in the 21st century. Get beyond thinking of consumers only as a marketplace and start integrating their points of view into your offer. Only then will your products or services mean something to them, and it’s that meaning that has the power to cut through the market noise.